There is no such thing as 100% safe sex. The methods outlined below, when used properly, can help prevent pregnancy and the transmission of STIs.
Communication with your partner is also an important part of safer sex. Being able to talk about your sexual history and honestly disclose any concerns will help you figure out what kinds of methods are right for you (as well as help you and your doctor determine appropriate STI testing methods).

Condoms and Lubricant: The Perfect Couple!
The more lubricant you use with a condom, the less the chance of breakage and the greater the chance of increased pleasure for both partners.

There are a number of hormonal methods to choose from, including the birth control pill, the mini-pill, EVRA, the Nuva Ring, and Depo-Provera. Hormonal birth control methods provide no STI protection. All hormonal contraception involves the hormones (estrogen, progesterone, or both) being released into the body. They mimic a pregnancy, thus preventing ovulation. If no egg is released, then sperm have nothing to fertilize and pregnancy is avoided.

All hormonal contraception (except for Emergency Contraception, see below) must be prescribed by a doctor. Costs of hormonal birth control are not covered by the Ontario Health Insurance Plan (OHIP), and are covered by private health insurance do differing degrees. Many insurance plans will only partially cover oral contraceptives (birth control pills) and may not cover other forms of hormonal contraception (e.g. Nuva Ring, Depo Provera). Please click to find out information on the AMS Health & Dental Plan and the SGPS Health & Dental Plan.

The Pill should be taken every day at about the same time (within 1 hour) to ensure that the hormone levels remain the same. For example: when you put your underwear on in the morning or just before dinner/bed etc. Follow the markings on the packaging of the Pill to ensure you are taking the correct one on the correct day. On the 21st day you will either finish your pack (21-day pack) or start taking the placebo pill (28 day pack) for seven days. During this time, you will have your period. After seven days you will start a new pack of Pills.

Note: The pill must be taken for at least a month before it becomes fully effective. If you miss a pill, be sure to use an additional method of contraception to protect yourself from unwanted pregnancy. If you forget to take your pill, take it as soon as you remember. Read the insert provided with your pills for further instructions. Many women ask about taking the pill continually in order to avoid getting a menstrual period. It is okay to do this depending on the brand (talk to your doctor) but not for many months in a row. This means that if one month you want to avoid getting your period, because of a vacation for example, you can start a new pack the day after the last pack. However, if you do this repeatedly the lining of your endometrium (the wall of your uterus that you shed during your period) will continue to grow and you may have breakthrough bleeding. When you finally do take the week off or the week of placebo pills, your period will be heavier due to thicker build up of the endometrial layer.

This is an injection of hormones that is given once every 3 months by a nurse. This is a progestin-only method that does not contain estrogen, and may be suitable for people who have adverse reactions to the hormone estrogen.

The patch releases hormones into the body though the skin. It is placed somewhere on the body where it will not be rubbed off by friction. A new one is applied every week for three weeks. On the fourth week no patch is applied and breakthrough bleeding occurs.

The NuvaRing is a ring of silastic tubing filled with slow release hormones that are released into the body through the vaginal wall. The ring is inserted into the vagina and sits around the cervix for three weeks. It is removed for the fourth week at which point you will get you will experience breakthrough bleeding. After one week a new ring is inserted. This method requires you be comfortable inserting, removing and adjusting the placement of the ring in the vagina. It can be worn during sexual activity.

The intrauterine device is a small t-shaped device that is composed of some copper wire and it releases progesterone. A physician inserts it into the uterus, and two small wires remain outside the cervix to help verify position and placement. The progesterone release prevents pregnancy in a similar method to the pill. Non-hormonal versions of an IUD use copper wiring, which makes the uterine wall inhospitable to implantation. The IUD has to be removed by a physician and is not a commonly recommended contraceptive method for younger women. The hormonal IUD is approved for up to 5 years of use, while the copper one for 7-10 years.

This method is not recommended for people who are may not want to risk pregnancy. There are four methods:

These methods can be used to increase or decrease chance of pregnancy. Contraceptive effectiveness is very low since sperm can live in the female body for at least 48 hours.

This is NOT a form of birth control or a form of abortion. ECP can be taken within 72 hours of unprotected intercourse to prevent pregnancy for occurring. It consists of 2 large hormone doses (taken 12 hours apart) that prevent the egg from implanting in the uterus. You do not need a prescription for ECP, and you can get ECP over the counter at most pharmacies.

The emergency contraceptive pill can be taken within 72 hours of unprotected sex, sex where contraception fails (e.g. a condom breaks, missed birth control pills), or sexual assault to prevent an unwanted pregnancy. The ECP is also known at Plan B or “the morning-after pill”.

When should I take ECP?
ECP can be taken if you have had unprotected sex one or more times within the last 72 hours (three days). It is more effective the sooner the pills are taken. Plan B (a kind of ECP) consists of two pills. The first pill needs to be taken within 72 hours of unprotected sex/contraception failure. The second pill is taken exactly 12 hours later. If it has been more than 72 hours, Plan B may still work but the risk of pregnancy increases as time passes.

What are possible side effects?
Plan B can cause temporary side effects in some women. These side effects generally don’t last more than 24 hours. Common side effects may include: nausea, vomiting and/or irregular menstrual bleeding. You should see a doctor immediately if you experience itching all over your body or cramping or severe pain in your belly/abdomen before your next normal period.

How will taking the ECP affect my period?
Taking Plan B will not bring on your period. Some women may experience spotting a few days after taking Plan B, but this is not your period. Your next period should come on time but it may be a few days early or a few days late. If your period is delayed more than a week, we advise you take a pregnancy test.

Where can I get ECP?
A doctor’s prescription is no longer required to get ECP. It is available over the counter as most pharmacies (try Shopper’s Drug Mart Midtown, 445 Princess St., right at Division or the Queen’s Centre Pharmacy). Expect to pay $20-$40 as price varies from pharmacy to pharmacy and brand to brand.

ECP is NOT birth control. Repeated use of the ECP may cause your menstrual cycle to change, and ECP becomes less effective the more frequently you take it. If needed, a sexpert would be happy to discuss a regular birth control method with you at the centre, or over the phone. 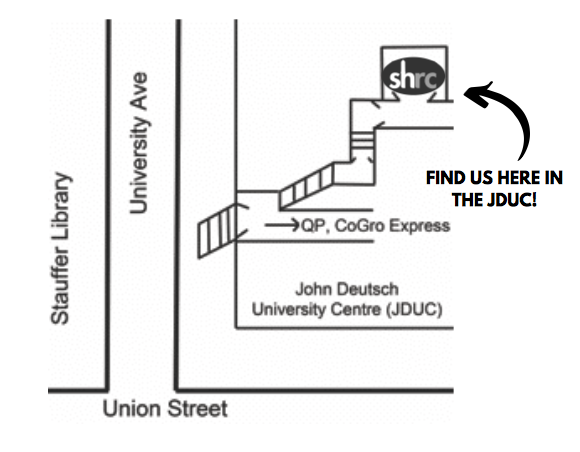